A Message from the Pastor

Greetings from your new pastor! 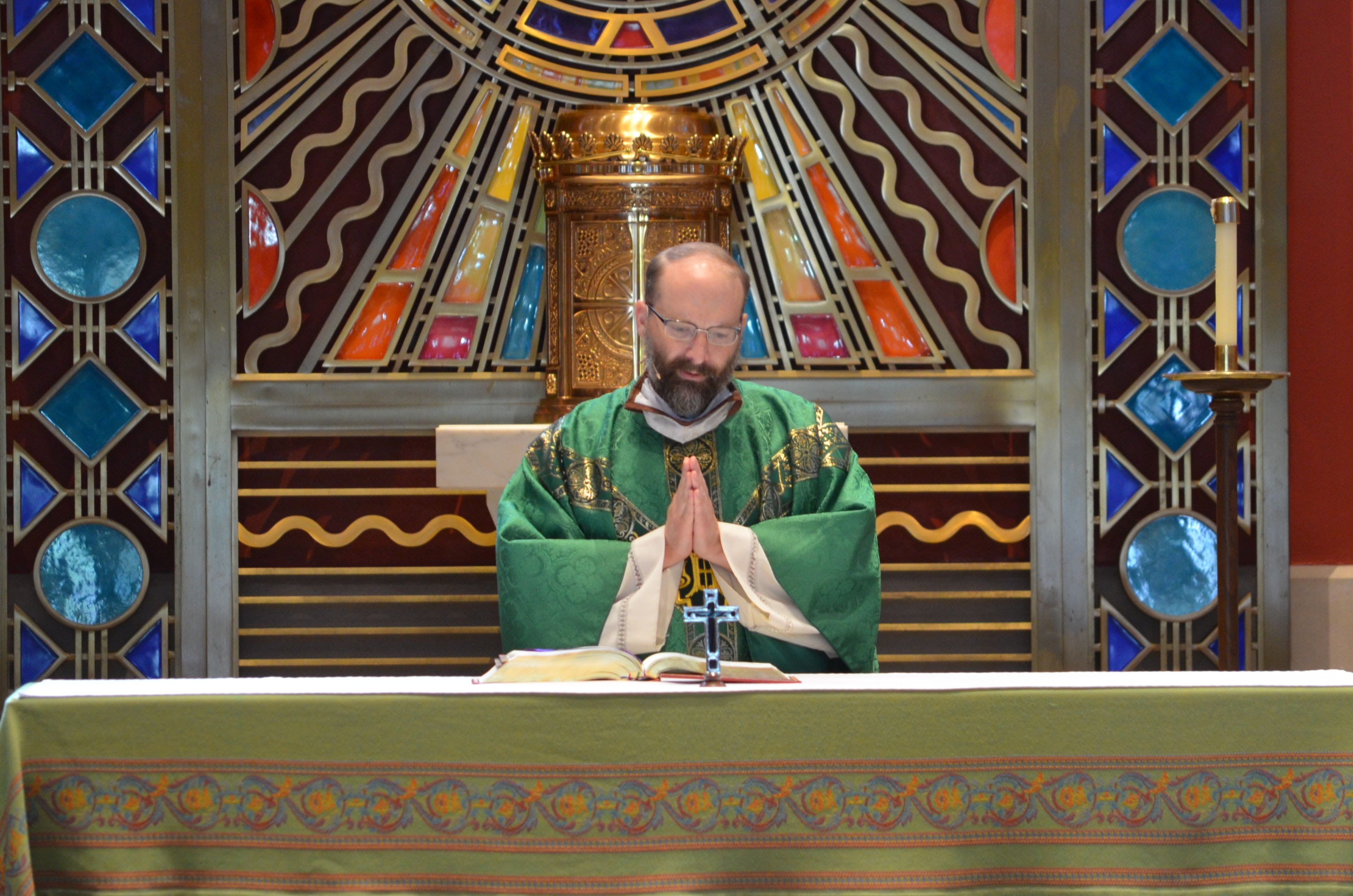 As I begin my time at Nativity, I’m looking forward to getting to know the good people who make the Catholic faith come alive in Pleasant Ridge. But for now, a little of my story. Born and raised in North Canton, Ohio, I have three brothers, two older and one younger, all married with children. My Dad, Phil, currently lives in Mason and attends the Mason United Methodist Church. My mom, Sue, passed away in 2012 after a relatively brief but painful struggle with a rare form of cancer.

An adult convert to the Catholic faith, I received the sacraments of initiation at the Easter Vigil of 1999 while in college. An alumnus of both Miami University (BA ’01) and Xavier University (MA ’04, M.Ed ’04), I’ve earned Masters degrees in Theology and Secondary Education, completing a semester of student teaching at Kings High School. After graduate school, I was a substitute teacher in Marysville, Ohio before returning to Xavier as an academic advisor for students undecided on a major. During this time, through attending daily Mass and weekly Eucharistic adoration, along with the fellowship of the young adult group at St. Gertrude parish in Madeira, a call to the priesthood became clearer.

Entering Mount Saint Mary’s of the West in 2009, I completed seven years of formation while earning both a Master of Divinity and a Master of Biblical Studies. While in seminary, I attended the Institute of Priestly Formation summer program on the campus of Creighton University in Omaha. There I was drawn more deeply into Ignatian spirituality. In 2014-2015, I was the seminarian intern at Saint Margaret of York parish in Loveland. Much time there was spent in youth ministry.

Ordained to the priesthood at Cathedral of St. Peter in Chains on May 21, 2016, my first assignment was parochial vicar of St. Susanna. After three years there I was named pastor of Holy Trinity parish in Norwood effective July 1, 2019. Two weeks ago I received a call from Archbishop Schnurr who designated me pastor of Nativity of Our Lord parish effective July 1, 2020 upon Father Paul’s retirement.

With a background in Catholic education and experience with youth ministry and a parochial school, I am looking forward to engaging with Nativity parish in forming missionary disciples as I learn how to balance being pastor of two parishes. It is my sincere hope and earnest prayer that as we proceed together on our journey of faith we will always remain rooted in the Gospel of Jesus Christ.